The Best of The Sundae #2

It’s been over a year since we first took a look back at our work and picked the best of it for your easy reading pleasure. A lot has happened since then. We’ve gone through two whole Oscar and Emmy cycles. We each had an essay published in Bright Wall/Dark Room – Dean on Blade Runner and Ciara on Weekend at Bernie’s II. Marvel fired James Gunn due to an alt-right smear campaign and now he’s writing Suicide Squad 2. We were shortlisted for an Irish Blog Award. Jonathan Chait got BOFA’d.

But, most importantly, we kept writing and publishing, and now we have even more stuff to choose from for our second best-of round-up. So, if you’re a long-time reader, here’s an invitation to revisit the classics. If you’re a recent reader, catch up on some stuff you might not have read. And if you’re a brand new reader, take a crash course in what we’re all about.

Here’s the best of The Sundae so far. Again.

Weekend at Bernie’s is one of those movies you’ve seen referenced and parodied so many times on television that you’re convinced you’ve basically seen it already. Until you see it, that is, and find out it’s darker than even the darkest sketches mocking it, a strange hybrid monster made of tar-black comedy and body horror. Ciara’s deep dive into one of the weirdest movies of the eighties is less a reconsideration than a rediscovery, peeling away almost three decades of distortion to reveal the brutal satire of Reaganomics that’s been hiding right under our noses all this time.

Sofia Coppola’s detractors – and there are many – portray her as spoiled, vapid and self-indulgent, a director who owes her success to her family name, and whose films are just shallow mopey laments about how awful it is to be rich. Her defenders point out, correctly, that there’s a clear gendered aspect to this criticism, but that still doesn’t make her a great director without a positive case for her work. Here, Ciara provides just such a case, arguing that the unifying theme of Coppola’s filmography is a compassionate examination of trauma and mental illness in precisely those we assume to have it all.

Everyone knows reality TV isn’t “real”: situations are contrived, scenes are reshot, and events are moved around, and a narrative is created where none actually took place. But in this deep dive on RuPaul’s Drag Race in particular, Dean outlines how the editing room – given enough footage to work with – can make people “say” or “do” just about anything. That doesn’t mean RuPaul’s Drag Race shouldn’t be important to you, but it does mean you probably shouldn’t allow it to infect your judgment of the actual real people involved. Required reading for any responsible reality TV fan.

Can You Believe It: Trump and Political Comedy

Look, I know you’d rather eat rusty nails than read another damn thinkpiece about Trump, and that goes triple for, God forbid, a thinkpiece about Trump jokes. But “Can You Believe It” – which focuses on, of all things, The President Show, but pulls in SNL, Stephen Colbert, John Oliver and plenty of stand-up – is one of the best analyses of why Trump jokes suck so bad. More than that, it points a way forward to, you know, actual political comedy, instead of insult comedy directed at the US President. Which hopefully wouldn’t suck so bad.

Oliver in the High Castle: Nazis in Pop Culture

Technically, this is a review of the fourth annual Arrowverse crossover – that’s Arrow, The Flash, Legends of Tomorrow and Supergirl. But it’s also a thoughtful, thorough examination of how Nazis are represented in pop culture, contemporary fascist recruitment, the use of Nazi aesthetics, and the inseparability of those aesthetics from Nazi ideology and the appeal of fascism. It covers Captain America, Inglourious Basterds, and Pepe the Frog, and I think about it often.

The Redistribution of Art

The Sundae is very proud to publish articles on economic reform of the film and TV industries, because it’s an incredibly neglected subject in contemporary criticism. This time, Dean outlined the case for access to popular art being a right, and a very simple method for helping that right be vindicated: allow copyrights to expire sooner. We’ve gone from copyright of 14 years to 120 years, and after a certain point, this becomes less about compensating creators than allowing corporations to horde what is by rights the cultural patrimony of all humanity. 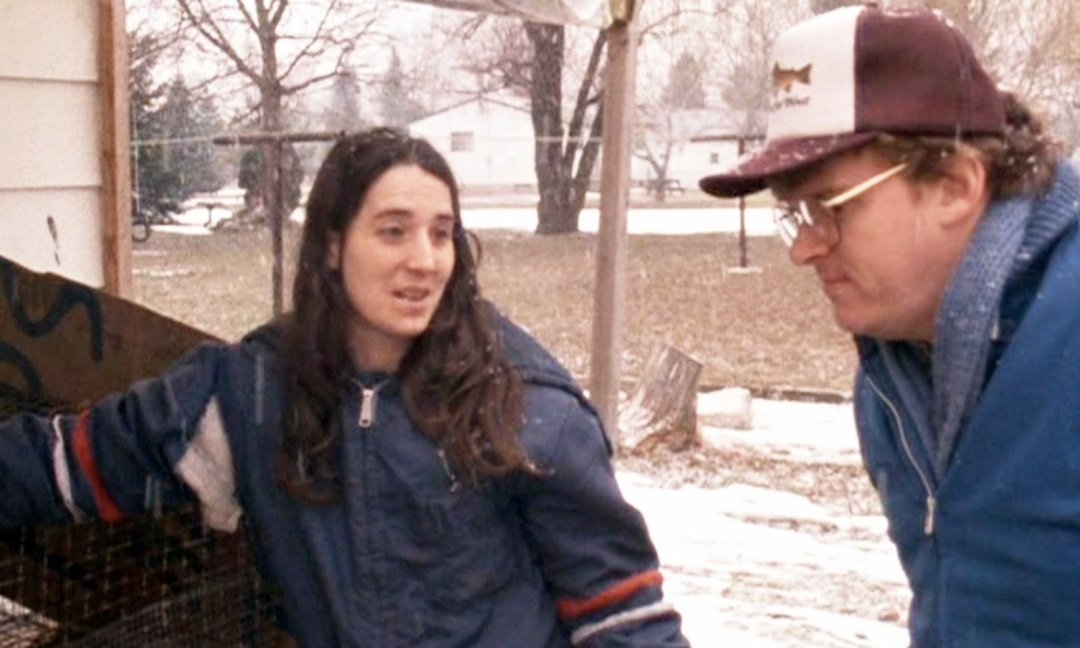 Michael Moore, the superstar documentarian of the Bush era, became first a punchline and later a relic in the Obama years. He was dismissed as a manipulative liar, preaching to the liberal choir, with naively simple solutions to complex problems. Ciara thought she’d missed the boat on Michael Moore, but in the aftermath of Trump’s election, which Moore correctly predicted, she dove into his films and discovered the truth beneath the caricature. Michael Moore was, and is, one of the best filmmakers of his generation, a committed leftist who cuts down liberals and conservatives alike, and someone whose moral clarity and insight we can’t afford to ignore.

To Love Pure and Chaste From Afar: Queer Coding in The Mary Tyler Moore Show

The Internet would have you believe that the only thing queer coding can mean is when Disney villains are used to teach kids to mistrust gender ambiguity or effeminate men. But there are lots of characters who are coded as queer that aren’t particularly heroes or villains, and here, Dean takes a look at one – Murray from The Mary Tyler Moore Show – to explore what the deal is. He’s not really sure, but it’s worth thinking about.

What Is It You Like About This House So Much?

Darren Aronofsky’s mother! and David Lowery’s A Ghost Story were two of the strangest and, for many people, most frustrating movies of last year. At first glance, they don’t seem to have much in common: one is an allegorical horror film about the environment that whips past its audience at a breakneck pace, while the other is supernatural drama about a bedsheet ghost that forces the viewer to spend five minutes watching Rooney Mara eat a pie. But dig a little deeper and it turns out they’re perfect companion pieces, each telling a complementary story about humanity’s place in the vast sweep of history.

A Mid-Life Crisis in North Dakota 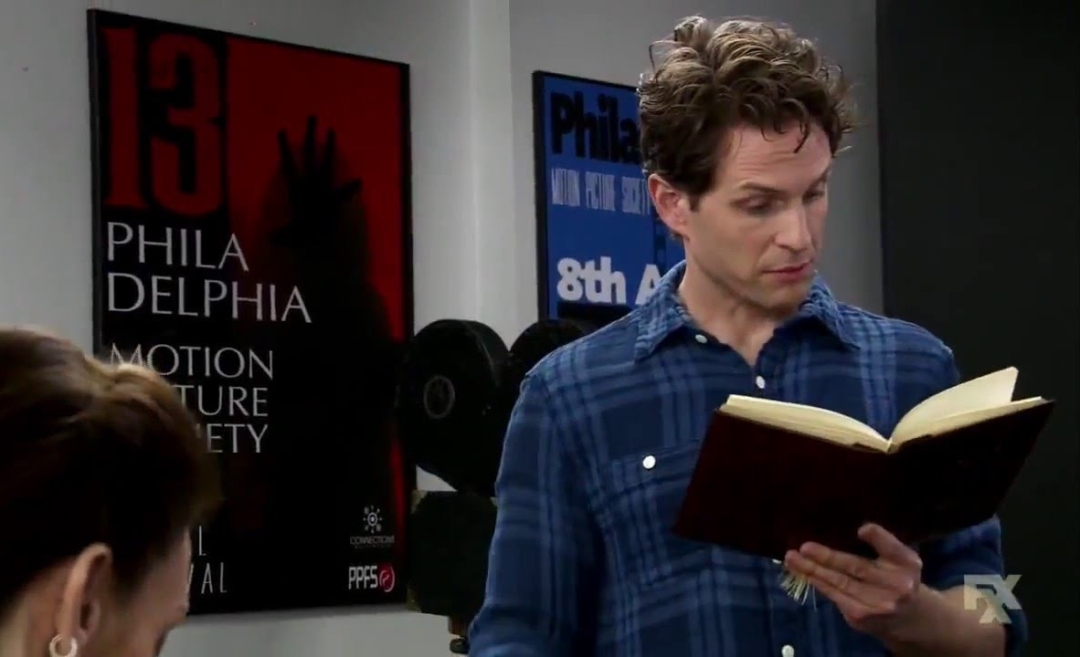 What kind of best-of list would this be if we didn’t include an analysis of masculinity and class in a sitcom? Everyone in It’s Always Sunny in Philadelphia is an awful person, but Dennis Reynolds may well be one of the most despicable characters in television history. He’s also one of the best. In advance of the show’s thirteenth season, Ciara traced the arc of Dennis’s monstrosity through the first twelve, exposing the delusion and sadness at the core of his being, the anxious masculinity that fuels his worst impulses and his doomed attempts to escape the life he’s trapped in.