The Best of The Sundae #3

It’s been a banner year for The Sundae and we’re only halfway through. We got a shout out from Todd in the Shadows, took the New Zealand drag community by storm and did an objectively better job of rewarding the best films of 2018 than the Oscars by sheer virtue of not nominating Bohemian Rhapsody for anything. We also wrote some really good shit. And, for the first time ever, our best-of round-up contains two pieces from a pair of fantastic guest contributors.

So, if you’re a long-time reader, revisit some of our greatest hits. If you’re a recent reader, catch up on some stuff you might have missed. If you’re a brand new reader, take a chance on something a little different. And, if you like what you see, drop a tip in the jar so we can continue our mission of publishing independent cultural criticism unbeholden to the hot take cycle, and destroying the Walt Disney Company.

Here’s the best of The Sundae so far. Again. (Again.) 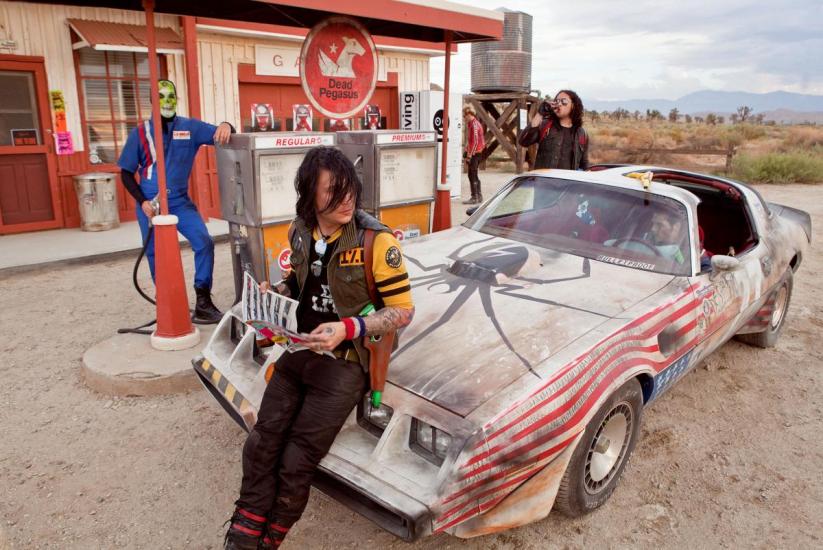 A lot of In Defense of the Genre comes in the form of personal essays about what a particular band or album has meant to us. But Car-Crash Rhetoric zooms out to look at the image of the car across three decades of pop punk. It’s also, by extension, a history of the car in American music, and in all of pop culture. From the hot rod music and teenage tragedy songs of the 1950s and 60s, freedom and tragedy emerged as the two major thematic uses of the car in pop music. Dean explores how pop punk pulls together both freedom and tragedy – Fall Out Boy’s car crashes and My Chemical Romance on the run in the post-apocalypse – and twists them into something unique to the genre. The car becomes more abstract than in other genres, more symbol than vehicle, and ultimately, represents everything it means to be a teenager. 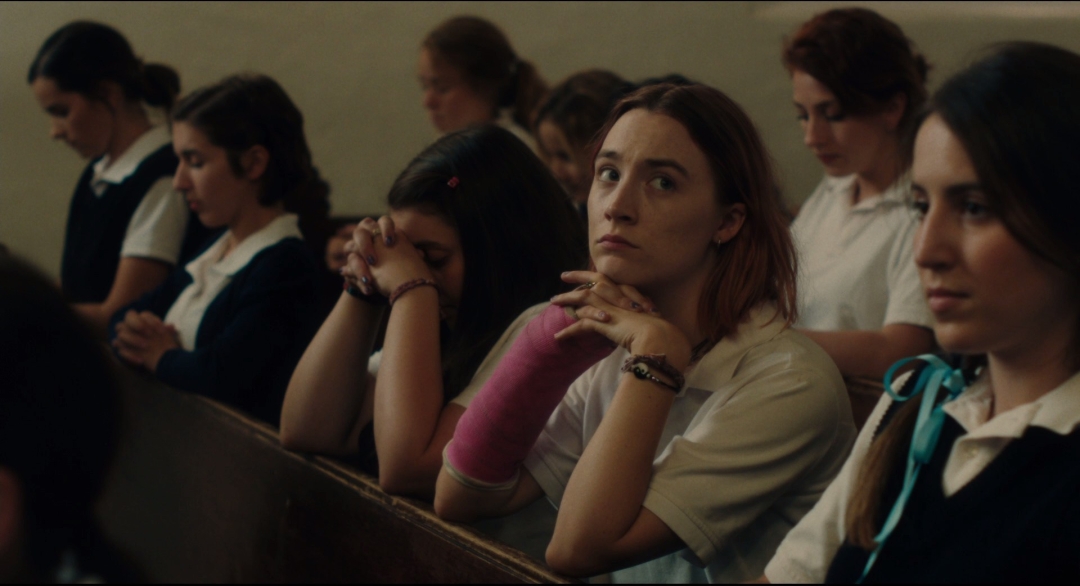 Lady Bird, the solo directorial debut of mumblecore icon Greta Gerwig, was rightly acclaimed as one of the best movies of 2017. While much was made of its insightful portrayal of mother-daughter relationships, its keen eye for the specificities of teenage girlhood and the obvious debt it owes to the class-conscious teen films of John Hughes, far less attention was paid to its religious themes. But Catholicism is more than just a stylistic flourish in Lady Bird, it’s right at the heart of a film that takes as much inspiration from the lives of the saints as Pretty in Pink.

Cop Shows and the Carceral State

Police procedurals are one of the most popular and long-lived genres of TV. They also function as mass propaganda for the police. Dean runs through some of the ways in which cop shows distort our understanding of how the criminal justice system works, from serial killers targeting the police officers working their case to the efficacy of torture. While we all know TV shows aren’t real, TV shows that purport to portray the world as it is still inform how we understand the world. Lots of cop shows are great, but thinking clearly about their political position on criminal justice is vital to any responsible cop show viewer.

The First Kid to Write of Hearts, Lies and Friends 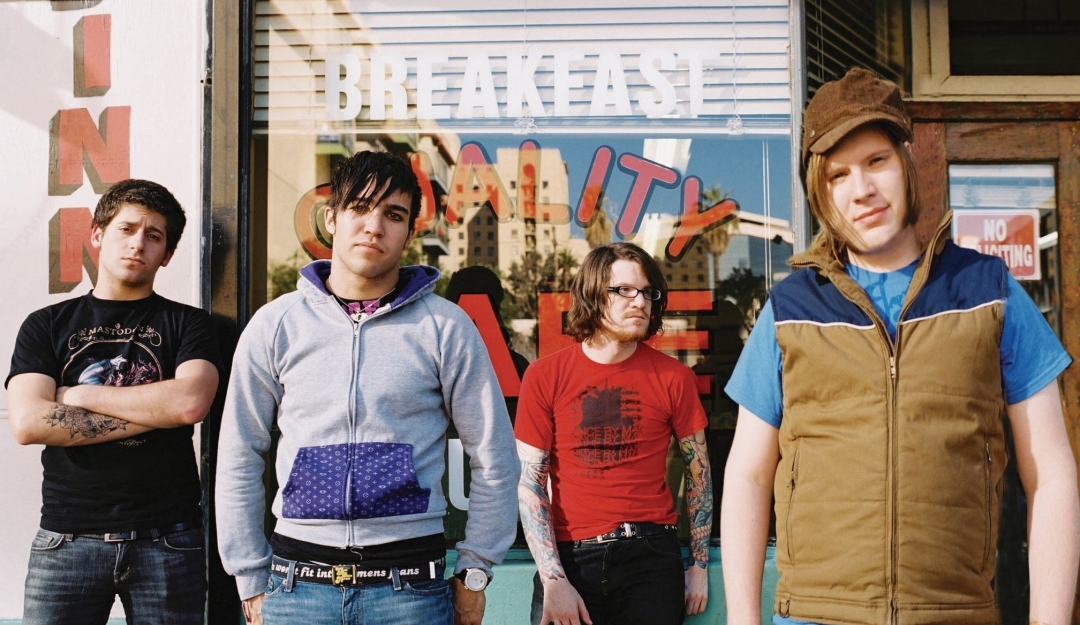 Fall Out Boy started out as a goof and somehow became the soundtrack to a generation’s adolescent agonies. No one wielded the hardcore influences of noughties pop punk with such confidence, and no one so expertly fused the sarcastic, nasty narcissism of youth with the loneliness and vulnerability that makes growing up so painful. Fall Out Boy spat death threats in one line and death wishes in the next, not so much toeing the line between spite and self-loathing as erasing it altogether. They’ve drifted away from their pop punk roots since reuniting in 2013 – never more so than with their hideously overproduced electropop catastrophe MANIA – but their legacy as one of the greatest and most iconic bands in the genre remains unassailable.

It’s Not Your Art, It’s Ours 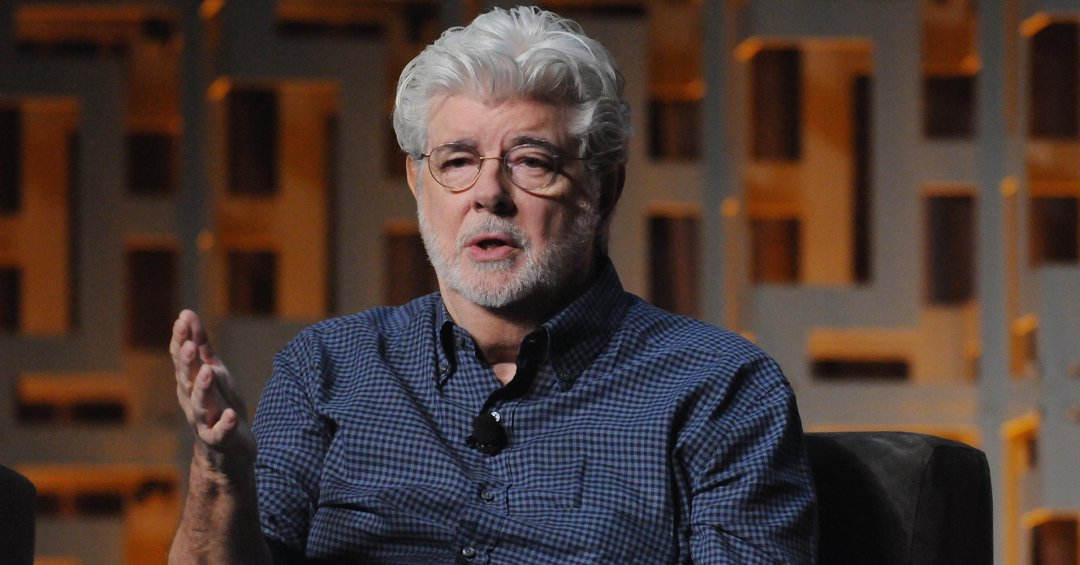 Economic reform of the entertainment industry is one of The Sundae’s signature bits, from antitrust law to copyright creep. But It’s Not Your Art, It’s Ours offers not just an economic critique of corporate control of art, but an impassioned philosophical defense of the public domain. Using the decision of The Simpsons’ producers to pull the show’s Michael Jackson episode from distribution as a jumping-off point, Dean argues that the public own all art. Not just in terms of determining art’s meaning, but literally. All art is the common property of humanity.

And it’s important, because if art belongs to all of us, taking it away from us is theft. Copyright is designed to be temporary, for it to expire and the art to enter the public domain forevermore. Whether it’s The Simpsons, George Lucas, or Disney, copyright holders have failed to live up to the responsibility to care for that art until then.

Who is Taylor Swift? Well, she’s one of the most polarising figures in pop music, a lightning rod for controversy who single-handedly sustains an entire cottage industry of thinkpiece with every public action, the discourse around whom will surely continue until the last human being on earth chokes on the last gasp of breathable air. But who is she really? Guest contributor Mark Laherty uses the backlash to her 2017 album Reputation as the jumping-off point for a deep dive into the evolution of Taylor Swift’s public persona from bright-eyed ingenue to cold-hearted femme fatale. Is the old Taylor dead? Did she ever exist at all? Essential reading as Swift embarks on a brand new era of making people mad literally every day. 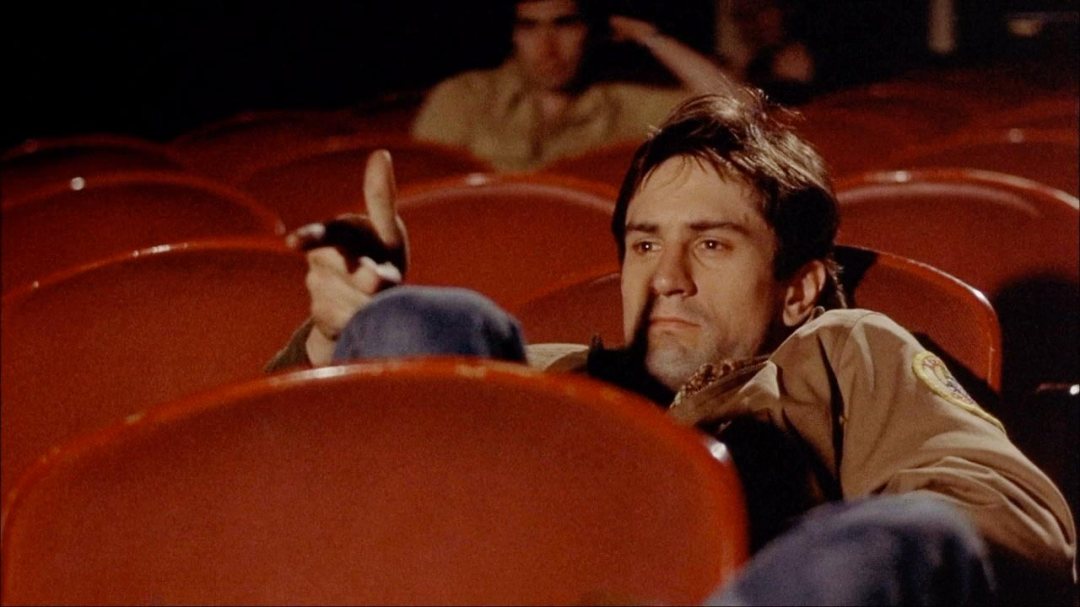 The ongoing debate over the merits of streaming vs theatrical distribution has become one of the most hot-button topics in the film industry, and, on its surface, it’s easy to see both sides. Streaming lets you watch films whenever you want, wherever you want and however you want, free from the impolite audience behaviour that so often detracts from the cinema experience. Theatres are nice and all, but isn’t it good that people without access to the cinema can enjoy movies in the comfort of their own home? Well, yeah, but, on the other hand, what the hell are you talking about? Ciara cuts through the corporate-friendly framing of the debate thus far to offer real solutions to the problem of unequal access and defend the cinema experience from the profiteering companies out to destroy it forever.

Leave It on the Canvas 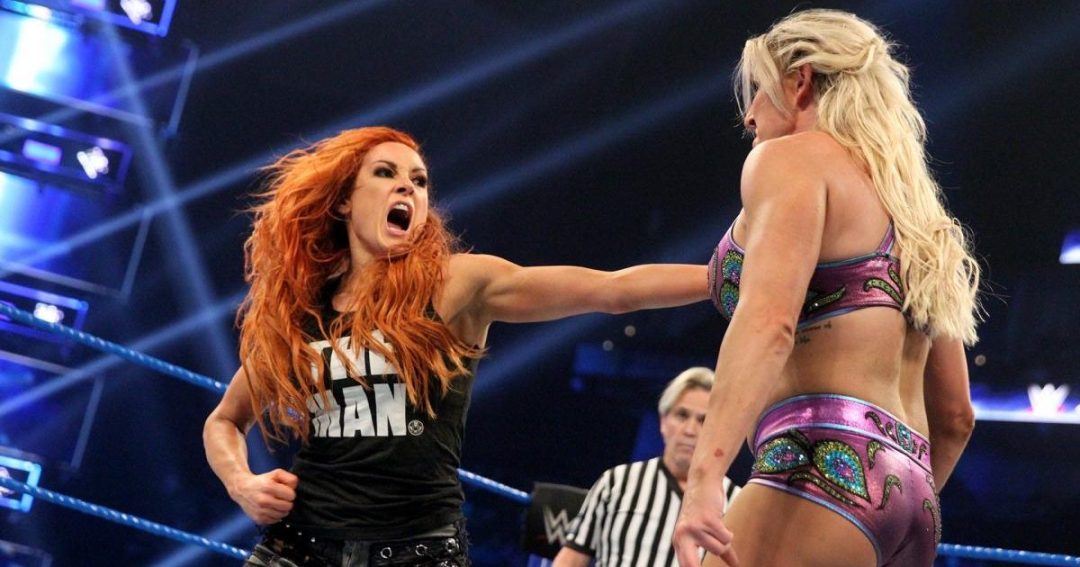 Whether you love professional wrestling or don’t know the first thing about it, Leave It on the Canvas is an epic, insightful, moving read. Wrestling is a unique artform: it’s ballet, it’s soap opera, it’s theatre. It’s a populist, collaborative and improvisational art that creates a camaraderie within the audience and between the audience and the performers. This piece explores all that makes wrestling special. It’s the story of how Dean got into wrestling. It’s the story of a monopolised industry that exploits and abuses wrestlers. It’s the story of a complex, weird, frequently beautiful thing that for most of us, hovers just at the edge of our field of vision, always there but never really thought about.

Nobody is Ever Supposed to Win Motorama

In our second article by a guest writer, Loretta Graceffo introduces you to 1991’s Motorama, a cult movie severely lacking a cult. A total flop on release yet to have a critical rediscovery and re-evaluation, Motorama is a strange, strange film. When you read this piece, you may suspect that it’s not even real. Motorama is about a ten-year-old boy named Gus who steals a Ford Mustang to cross the country collecting letter cards from participating gas stations to spell out the word “M-O-T-O-R-A-M-A.” It’s a bildungsroman about the American Dream, both unflinchingly dark and totally zany. The Sundae is dedicated to countering the rising tide of hot takes with cooler, more considered ones, and that’s in no small part so instead of publishing stuff on whatever new tentpole release, we can publish stuff like this about films you’ve never heard of. 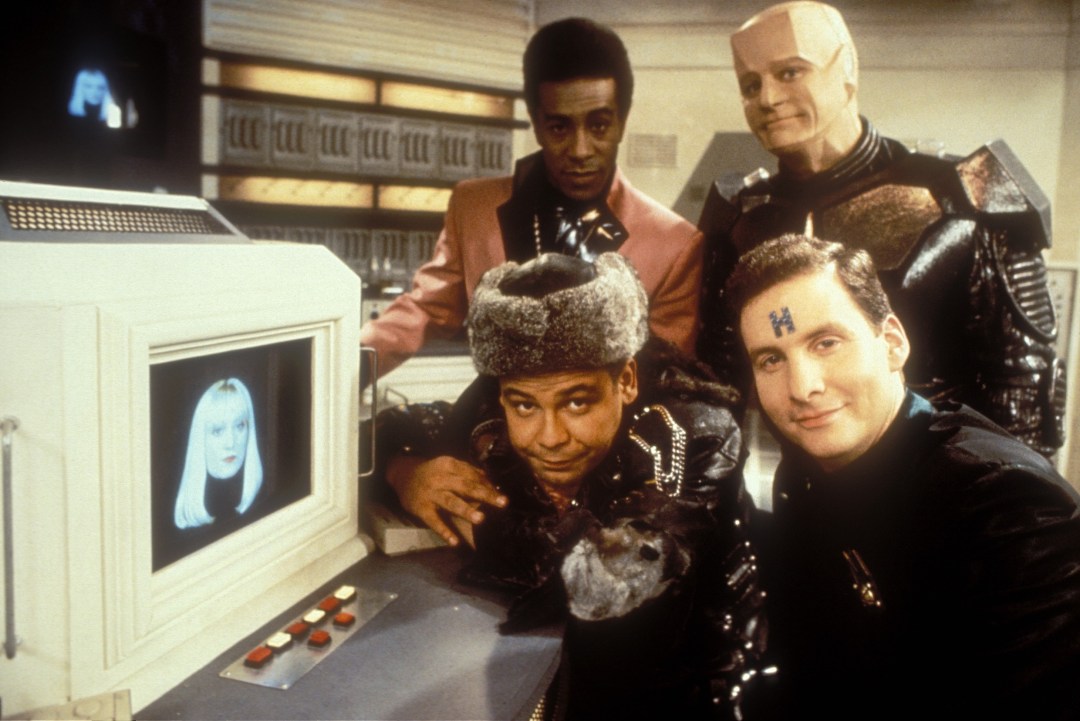 Red Dwarf’s Arnold Rimmer is a stupid, misogynistic, anal-retentive coward, a snobby, elitist dick obsessed with status and authority, so petty and jealous and weird he walks away from his own dreams out of spite. He’s also one of the saddest characters in sitcom history. Ciara’s latest character study of a sad, bad sitcom man is a search for the soul of someone who’s technically not even alive, but she finds pathos in spades. Rimmer isn’t an asshole because of his tragic backstory, though his childhood was pretty horrific. He’s an asshole because he’s an asshole and that’s exactly what makes him such a fascinating and heartbreaking figure.