Actually, TV Was Always Good (and You Can Too!)

The way people tend to talk about television has a pronounced recency bias: it’s all about watching the new big thing, even if the new big thing quickly turns out to be an empty suit. More television is more widely available than ever now, thanks to the internet, but the overwhelming pressure to keep up-to-date can discourage you from seeking long-finished stuff out.

There’s always been good TV. The idea of “prestige television” has obscured that a bit, but it’s obviously true, and the only reason anyone says otherwise is because the endless glut of Peak TV has created a profound historical illiteracy, especially among young people. We’ve only scratched the surface ourselves, but as long as we’re trying, the least we can do is signpost some shows for anyone else interested in older television. Here are ten shows, covering every decade from the 60s to the 00s, that are just as worthy of your time as whatever Netflix show your friend says you have to watch.

Ciara: “Watching The Dick Van Dyke Show after a life-long diet of sitcoms is a sometimes strange experience: it’s like the platonic ideal of sitcom, the sitcom you’d imagine if you were asked to explain what sitcoms are. This means that the plots routinely feel simple and familiar, but if that’s any kind of complaint, it gets around it by being really, really funny. Dick Van Dyke is wonderful in it – he’s an especially excellent physical comedian – but the best performance for my money is Mary Tyler Moore’s, who makes what so easily could be a period-typical traditional, submissive wife into someone assertive, self-possessed and hilarious.” 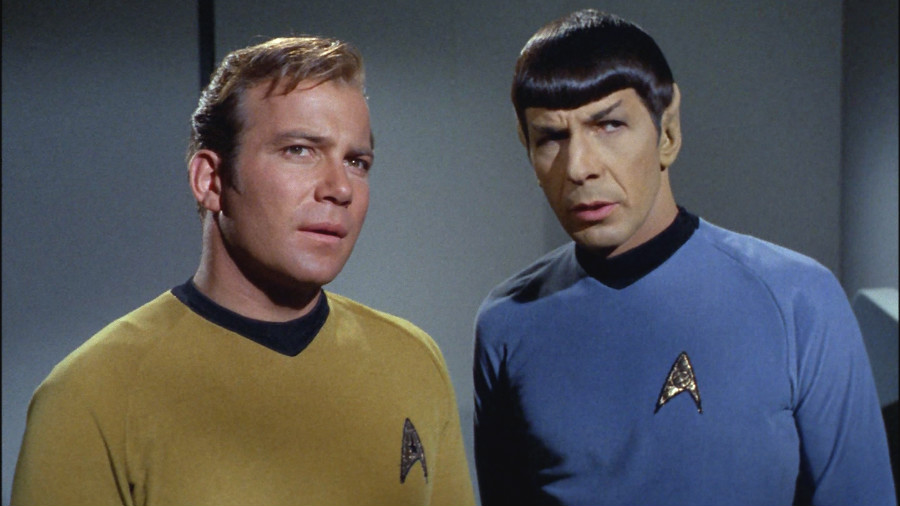 Ciara: “Star Trek has been a cultural institution for fifty years, so pretty much everyone knows the broad strokes. But The Original Series is often nothing like how the collective consciousness has remembered it: Captain Kirk is less hot-headed lothario than a very kind, bisexual nerd; Spock loves logic, but he also loves sass; McCoy is much more than a couple of catchphrases (although “Dammit Jim, I’m a doctor, not a…” always makes me smile). In a lot of ways, it’s just a silly sci-fi show about the lads hanging out in space, but what made it so special then is what makes it so special now: how, in a present teetering on the edge of nuclear apocalypse, it dared to imagine a better future, without racism, war or poverty.” 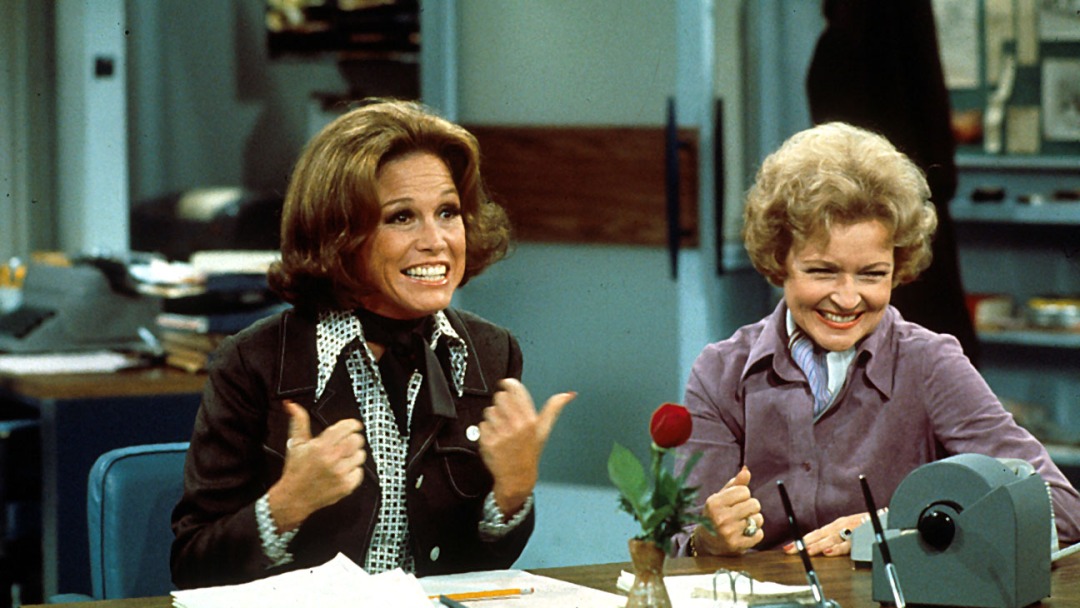 Dean: “The Mary Tyler Moore Show is often discussed merely as a cultural moment for women in television rather than as one of the best sitcoms ever made. That’s a real shame because it’s, uh, one of the best sitcoms ever made, with incredibly funny performances from the whole cast but especially Moore herself as the happy-go-lucky, idealistic Mary Richards and Ed Asner as her gruff but supportive boss, old-timey newsman Lou Grant. It’s an exemplar of the classic situation comedy, with constant wisecracking and wacky misunderstandings and everything else that made that format the bread and butter of television for fifty years. If there’s one show in the whole world I wish more people would watch, it’s The Mary Tyler Moore Show.”

Ciara: “There isn’t much that I could say about Cheers that hasn’t been said, but what I like the most about it is its sense of place. Most episodes are set entirely in the Cheers bar, and there’s such a warm atmosphere and feeling of camaraderie, which makes coming back to it feel kind of like coming home. That might make it sound kind of saccharine, but it’s anything but. It’s a sitcom, unreservedly, but it has an underlying darkness to it, too, in Norm’s drinking, in Diane’s anxiety and depression, in Cliff’s unbearable pride at having gone on holiday to Florida. Cheers is a place to go for solace and comfort: because sometimes you wanna go where everybody knows your name doesn’t mean as much without making your way in the world today takes everything you got.”

Dean: “China Beach is too good a show to slip into the void of cultural memory. Set on a military base next to the titular beach at the height of the Vietnam War, and mainly focused on non-combat personnel, it’s a very issues-y show with episodes about race relations and medical ethics and substance abuse, but it never feels heavy-handed because, well, it’s set during the Vietnam War, it was an issues-y time. It could be unrelentingly grim, but instead it’s often sweet and funny, just enough to make its darkest moments hit all the harder. Dana Delany’s lead performance as McMurphy is one for the ages, but the rest of the cast are hardly slacking.”

Ciara: “Dekalog is a Polish anthology mini-series set in an apartment building in 1980s Warsaw, each episode of which is based on one of the Ten Commandments. It’s sometimes described as a ten-hour film, because it was released that way internationally at a time when there was no real market for foreign-language television. It can look and feel like a film, thanks largely to Krzysztof Kieślowski’s excellent direction, but it’s emphatically a television show, completely episodic even as the episodes build on each other thematically and emotionally. It’s not a religious show – each commandment functions mostly as a jumping off point – but it’s a deeply moral one. It wrestles with ethical dilemmas with passion, empathy and seriousness, and the effect is both tragic and haunting.”

Dean: “A Bit of Fry and Laurie has aged wonderfully, in part because we’re still living in Thatcher’s world all these decades later, in part because it will never not be funny to have a recurring sketch about two MI6 agents who are almost unbearably sweet and polite to each other even while they’re discussing how they’ll have to assassinate an ambassador, or a pair of businessmen who talk about their health spa like they’re running an oil empire. Classically absurd and full of wordplay, it also features lots of stupidly good musical comedy, like this riff on protest songs.”

Dean: “Æon Flux is a bizarre but beautifully-animated avant-garde cartoon that tracks the conflict between the last two cities on Earth, Monica and Bregna, as represented by secret agent Æon and dictator Trevor respectively. Eschewing continuity in favour of telling strange stand-alone stories about power, sex and violence that happen to feature the same two characters (even when they’ve died multiple times in previous episodes), Æon Flux isn’t for everyone, but if you’ve always felt life was missing a weird animated show about war, sadomasochism and body horror, I’m happy to say: here it is.” 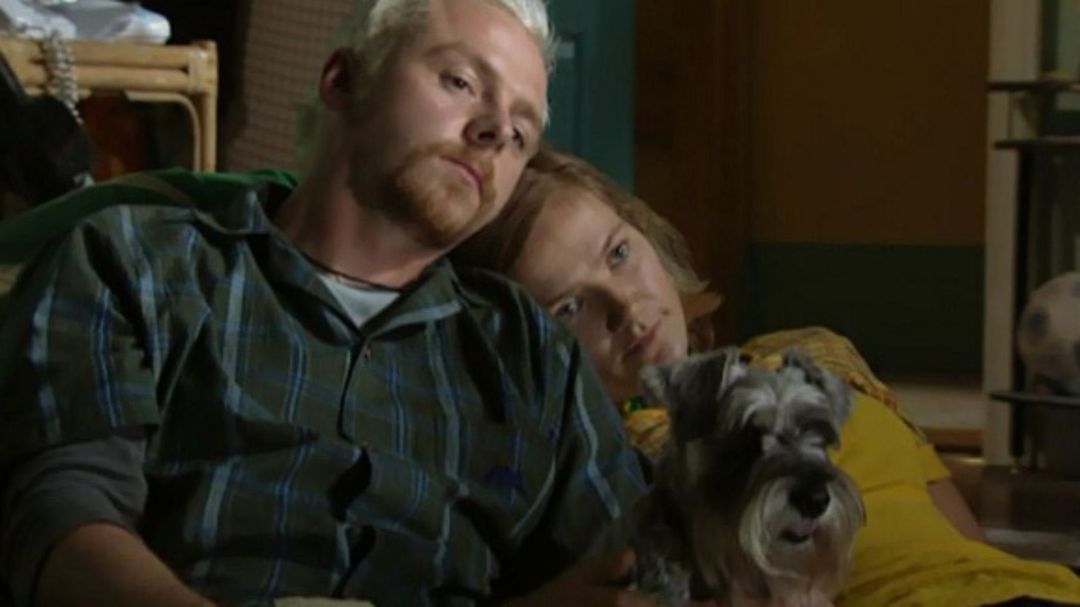 Ciara: “Now that Edgar Wright and Simon Pegg are big-time Hollywood types, I hope more people will revisit Spaced, written by Pegg and Jessica Stevenson (now Hynes) and directed by Wright. On paper, it’s a very simple sitcom: Tim (Pegg) and Daisy (Stevenson), despite having just met, move in together, and have to pretend to be a couple in order to secure an apartment. In practice, it’s frequently surreal. Shot with Wright’s manic energy, it bustles with pop culture references in a way that’s anything but the kind of lazy reference comedy you get on so many shows. But it’s also got ton of heart, and an all-time great will-they-won’t-they dynamic.”

Dean: “Snuff Box is probably one of the strangest shows to ever air on British television, and that’s in part because it was never meant to exist. BBC Three had originally commissioned an adult cartoon called Popetown from Snuff Box’s production company, but pulled it before airing due to protests. In its place, comedians Matt Berry and Rich Fulcher created Snuff Box, a hybrid sitcom-sketch show that’s mostly about two executioners and their friendship-cum-rivalry, alternating between (sometimes literal) gallows humour and funny swearing at the drop of a hat. It’s a very funny show with a surprising amount of commentary on male rage, and one of the best theme songs ever.”

One thought on “Actually, TV Was Always Good (and You Can Too!)”