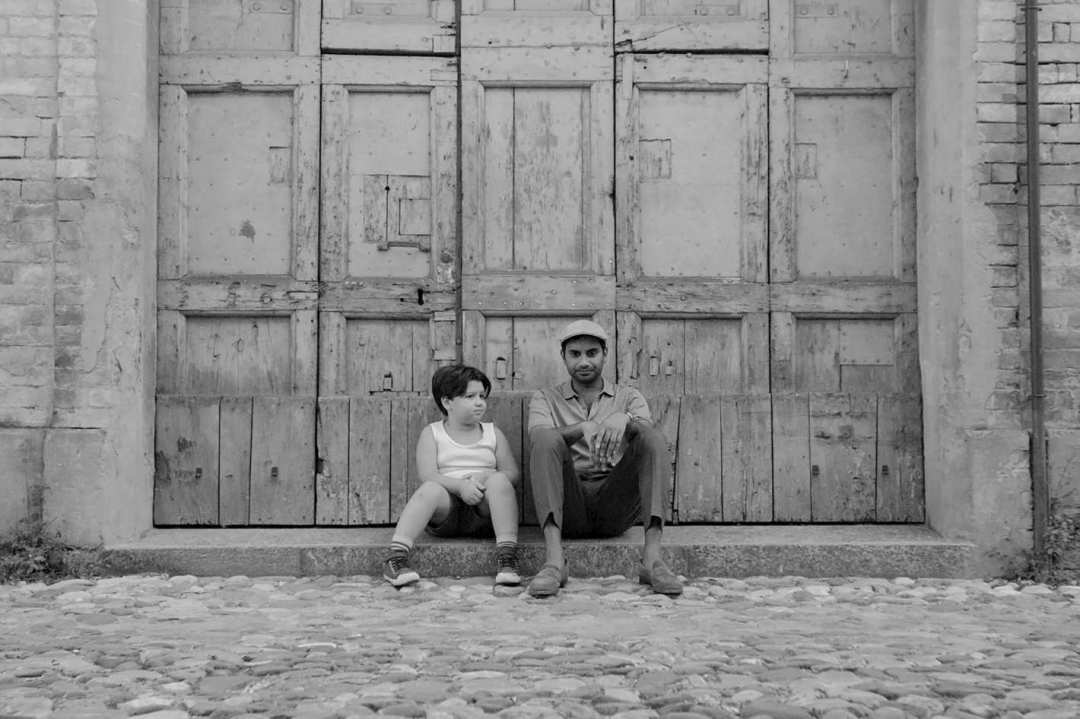 Jack of All Trades

“Jack of all trades, master of none” is supposed to describe Master of None’s lead character, jobbing New York actor Dev, not the show itself. And yet.

Master of None has gotten pretty much universal critical acclaim and been nominated for lots of awards, but when you get down to it, it’s a pretty okay show with a handful of very good episodes. I rarely complain about things being derivative, because art being original is less important than its being well-executed, but it’s frustrating to watch Master of None get praised for inventing things that I’ve seen on TV or in movies many times before, from being a romantic comedy where the man has feelings (the works of everyone from Chaplin to Apatow mustn’t count, I guess), to doing a Slacker episode, which I felt like I’d seen a hundred times before and I haven’t even seen Slacker.

Season one of Master of None ends with the reveal that Dev is going to Italy (and not Japan, in a pretty ham-fisted clone of the Frasier finale). At the start of season two, Dev is doing a pasta-making apprenticeship in Modena. In keeping with its partly Italian setting, season two takes a lot of cues from old Italian movies: starting with the very first shot panning to a stack of Criterion DVDs on Dev’s bedside table, which even I think might be too on the nose, and I liked mother!.

The DVDs are roughly in the order they’ll be paid homage to in the show, and top of the pile is Vittorio De Sica’s 1948 film Bicycle Thieves. It’s a film about a poor man, Antonio Ricci, played by Lamberto Maggiorani, himself a factory worker and non-professional actor. After what is implied to be a long spell of unemployment, Antonio finally gets a job, putting up posters around Rome – a job that he’s told he needs a bicycle to do, a bicycle that he and his wife pawn their bed sheets to buy. But on his first day, someone steals his bicycle, and the film follows him and his son around the city, trying to find the thief and get the bicycle back.

I love Bicycle Thieves. It’s a heartbreaking portrait of how poverty and desperation grind good men down, and it’s one of the best films I’ve ever seen. I say this not to demand the film be wrapped up in cotton wool. A film as sturdy and powerful as Bicycle Thieves doesn’t need me to protect it. But it’s a serious film, is the point, with serious and important things to say.

So the premiere of Master of None season two is a Bicycle Thieves episode. It’s been called sublime and impeccable. It recreates iconic shots from the movie, as well as basing its plot around it: Dev meets a girl called Sara, and they hit it off, but right after they part ways, someone steals Dev’s iPhone and he loses any way of contacting her. He goes around Modena looking for the phone with a kid who I guess is the son or grandson of the lady who owns the pasta shop where Dev works, although it’s not made especially clear.

Here’s the problem with this episode: Dev isn’t poor. 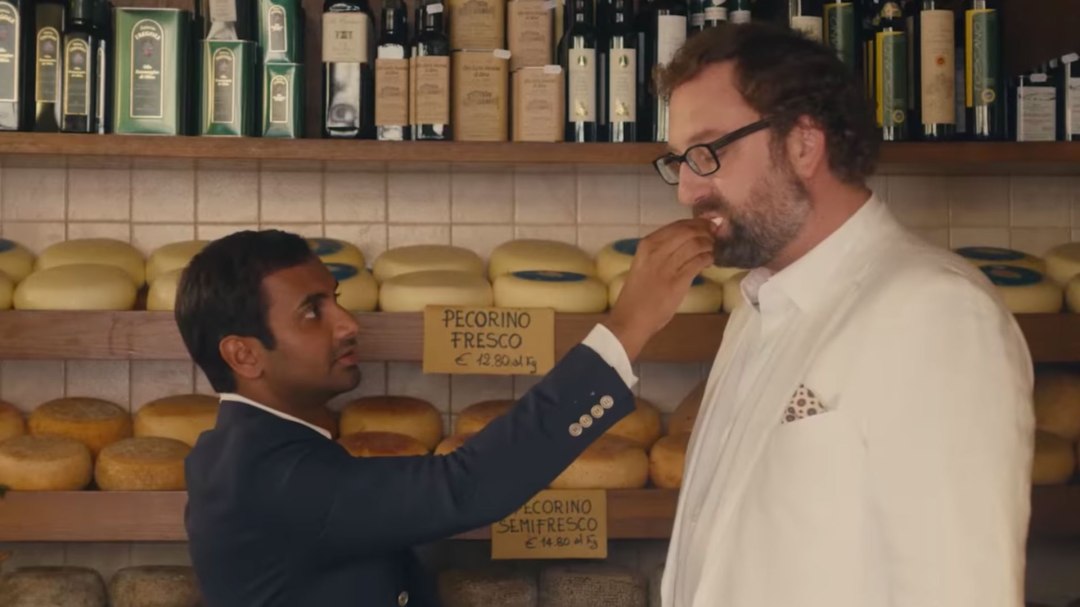 Dev is actually rich. Weirdly rich. In the scene where he meets Sara, he’s going to a very exclusive restaurant for a birthday lunch, the kind of place you need to book a table weeks or months in advance, but his friends call him a loser for going to lunch alone. It’s not obvious if the tracking shot of the two of them walking through the kitchen is an intentional GoodFellas allusion – it lacks the sixties girl pop and kinetic energy – but it’s jarring, to be reminded of a film that’s so much about class and aspiration while two rich people talk dismissively about strawberries and cream. “I’m a basic, basic British girl,” Sara says, but she took a three hour train ride to eat at some restaurant.

The problem isn’t just, in general, that Master of None is about a rich person. I mean, Sofia Coppola is one of my favourite directors. I don’t have a problem with stories that happen to be about rich people, in ways that aren’t particularly critical of them. Lots of the best TV shows ever made are about rich people living in New York. It’s not even that for a TV show about rich New Yorkers, Dev and his friends’ wealth in season two seems opulent – Friends is the platonic ideal of the Aspirational Sitcom with Huge Apartments, and they had one inter-continental trip in ten years, and that was because Ross was marrying an English woman. It niggles at me that the show seems to have no idea that its characters are rich, or that it presents itself as being about the millennial zeitgeist yet seems to feel nothing but contempt for millennials, talking about us being spoiled and using phones too much and featuring grown men talking about “kissies”. But in a great show, those would be quibbles, the kind of things relegated to forum posts and Cracked videos.

“I’m in my 30s,” Aziz Ansari said when he was asked about his character’s apparent privilege, “And so, we always thought about the character like he’s not in his 20s figuring stuff out… Let’s just say he has a lot of money from commercials, and we don’t have to worry about it.”

The problem is that it’s a Bicycle Thieves episode, and Bicycle Thieves is a story so inextricably about poverty that dropping wealthy characters into it is weird – the feeling I got from the tracking shot through the kitchen times a hundred thousand. If you haven’t seen the episode, you might assume that’s kind of the point – that the contrast in situations is the joke, or at least, builds on the joke. The Simpsons was the best at this in its classic years, like using the epic, theological imagery of Stanley Kubrick’s 2001: a Space Odyssey for a Homer-monkey to invent being lazy:

But Master of None’s Bicycle Thieves episode isn’t a parody. It’s pitched closer to the silent episode of Bojack Horseman than to The Simpsons’ take on Citizen Kane. It’s played almost entirely straight. Since it’s a comedy, there are jokes, but that Dev having his iPhone stolen is being compared with a man having his livelihood stolen is taken seriously. The only time where it seems even slightly aware of the absurdity of the comparison is a brief moment where Dev looks around in anguish at how everyone else has a phone, the same way Antonio does in the movie, and one guy kisses his phone. It’s not hysterical, but it’s the tone the episode should have pursued.

Instead, the show takes Dev’s problem very seriously. We’re supposed to be genuinely invested in him getting back in contact with a girl he just met who thinks Under the Tuscan Sun is a great movie. It’s not something like in the Jazz Singer episode of The Simpsons, where the emotional heart of the film is retained in a new and comic context. There’s nothing of Bicycle Thieves’ heart here.

So much of the praise for this episode has called it a modern spin on the film. Maybe they mean modern in the way that some people use it, where it just means there’s a mobile phone in it, but if they mean it’s like Bicycle Thieves updated for the modern day, there’s something weird going on. In a time where most people have not felt the recovery from the 2008 economic crash, where attacks on the welfare state, labour unions and employment rights have left the poor without protections and without a voice, “a rich person loses their iPhone” is not the spin on Bicycle Thieves that we need.

Later in the season, there’s the Slacker episode, where the camera follows a character and then moves on to another character when their lives intersect. This episode is about working-class people: a doorman, a shop assistant and some taxi drivers. Serious outlets have talked about it being a moving tribute to people who are normally background characters, and sure. But it’s weird, because even in this episode where working-class people are consciously the focus, they have to fight for screen time. On Master of None, putting working-class characters in front the camera is a concept episode. If you had a Bicycle Thieves episode with working-class characters, that would, I suppose, be two concepts, and that’s one too many.

When these kinds of referential comedy half-hours work, they usually have something to say about what they’re referencing. The Simpsons’ ‘Like Father, Like Clown’ is the best case ever made for the importance of The Jazz Singer as a film about Jewish-American experience. Community, a show I’ve had my fair share of problems with, never seemed short of knowledge, enthusiasm and adoration for its cinematic reference points: its first episode is a Breakfast Club episode, because it’s an episode about a group of students who couldn’t seem more different ending up as friends. All I know from the Bicycle Thieves episode of Master of None is that the writers have seen Bicycle Thieves.

In the second episode of Master of None season two, Dev has a new iPhone. Nobody mentions it.

2 thoughts on “Jack of All Trades”