In 1971, Dirty Harry set out the blueprint for pretty much all cop movies that followed. Clint Eastwood plays a cynical detective – a loose cannon who doesn’t play by the rules – who gets teamed up with a rookie cop even though he prefers to work alone. Its reputation is more or less as an entertaining action film and a nasty piece of fascist propaganda: Harry couldn’t give less of a shit about your civil rights, and the film is emphatically not about him learning the error of his ways.

Harry is an extraordinary piece of shit. A guy is about to jump off a building, and they send Harry up to talk him down: Harry punches him in the face. Another cop explains to the rookie why they call him Dirty Harry, saying Harry hates everyone, including a whole list of racial slurs. In the famous “are you feeling lucky?” scene, Harry’s so fucking cold-blooded, reciting his memorised cool-guy speech while he threatens to kill someone, and it’s chilling. But also: it is a cool speech, and he is a cool guy. Like his spaghetti westerns, Eastwood plays an essentially monstrous character with such rock-solid charisma that you find yourself drawn in. The way he speaks through his teeth, the way he squares his jaw, the way he holds a gun: he’s magnetic. This is the essential dilemma of Dirty Harry: are his coolness and his monstrosity in tension with one another, or are they one and the same? Does the film think all the awful shit Harry does is cool? Is it part of what makes him cool?

Roger Ebert called the film fascist (he gave it three stars out of four). Pauline Kael also called it fascist. Gene Siskel called it dangerous. And Dirty Harry is definitely not one of those films where its point of view on its immoral characters is so obvious and forthright that I find debate about it vaguely exhausting: like, there are real people in the world who think The Wolf of Wall Street is pro-Jordan Belfort because even though it’s an incomparable descent into hell, it’s also funny, and those people are geniuses next to the people who think Starship Troopers is fascist. But Dirty Harry is not a misunderstood satire, not really. I think seeing it as fascist makes a lot of sense: if Harry is cool, if you like him and root for him, if you take the ticking time bomb torture scenario the film sets up at face value, then Dirty Harry is an argument for extrajudicial torture, violence as first resort, and a police state.

But Dirty Harry isn’t an “argument”. It’s a film.

“All art is political” is one of the most common refrains at the hellish intersection of political discourse and cultural criticism. It’s a claim to legitimacy for political critique of pop culture, and a rebuke to people who think political critique is, like, ruining their video games or whatever. But at its most basic level, the mantra of “all art is political” requires a gross simplification of meaning in art. It encourages imagining politics as a solid, unmoving thing that exists inextricably in any piece of art. That it has a singular political meaning. That its political meaning is its primary meaning, and that meaning is its purpose for existing.

“What is art for” is an unanswerable question, but the answer is definitely not “to advance political beliefs.” This is not least because art is a terrible way to advance political beliefs. They Live is one of the best anti-capitalist satires ever made, but the percentage of people – even discounting lunatic Nazis who think it’s about Jews secretly running the world – who came out of They Live anti-capitalist who were not previously is vanishingly small, like maybe ten or twenty people in the three decades since its release. People have their own opinions and thoughts and values and tastes that interact with the culture they consume in unpredictable ways. When I saw Paul Simon in concert, an American Republican beside me booed when Bonnie Raitt criticised Trump. I immediately thought of him as a Graceland guy, the definitive album of the middle class, and was surprised when he wanted less Graceland, more Simon and Garfunkel. But there’s no real reason for that to be surprising! Too often, we talk about people who enjoy a particular piece of media as being of a certain type, as if people are machines that run art through their Politics Filter and get a True or False reading. But the way people interact with art is complex and weird and often contradictory. And it’s not because they’re dumb or even because they have a niche interpretation of the piece. It’s just because it’s art. That’s just the nature of the beast. 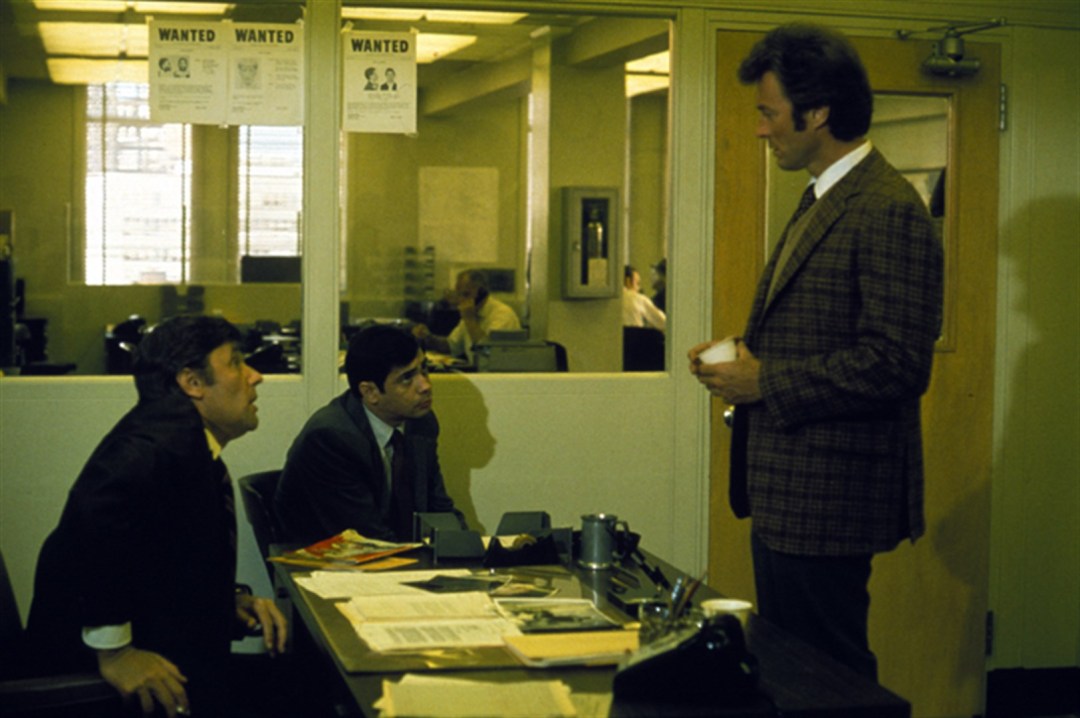 Any piece of art has a capacity for diverse and conflicting “meanings”. That’s not to say that there is an infinite array of meanings that are all equally valid, just that aesthetic mediums by their nature rarely or never convey a singular coherent idea. Art creates an emotional reaction inside us, and then it’s up to us to make sense of it. We bring ourselves to any work, all our thoughts and tastes and feelings, and we bring the world around us to any work, too. The first time I saw The Graduate, I thought it had little interest in its female characters and that protagonist Benjamin was boring, just like Roger Ebert did in 1997. The second time I saw it, I thought it was a hilarious, affecting film with an intimate understanding of how it feels to be a young adult, just like Roger Ebert did in 1967. I could point to several likely reasons for my change of heart – graduating from college and moving back in with my parents, much like Benjamin, or seeing it in the cinema with my friends instead of on my laptop on a miserable night in a lonely city – but it’s not like those happened in reverse to Roger Ebert. All I know for sure is that I reacted to the film differently. The film doesn’t change, but everything changes around it; different things retreat and come to the fore.

Those are definitely two possible ways of watching The Graduate, and I think both of them are “legitimate”, or at least, not “Starship Troopers is fascist”-crazy. But that doesn’t mean I think they’re both equally good ways of watching The Graduate. The first way I watched it, understanding it the way Ebert did in 1997, I was a less generous viewer and got a less rewarding experience in return. We bring ourselves to any work, and that means to have the best experience of a piece of art, we should bring our best selves.

All of which is to say: I don’t think Dirty Harry actively precludes a pro-torture, pro-police state reading. But it becomes such a richer, more interesting film when you don’t read it that way. It becomes a film about those things but with a defining attitude of ambivalence, anxiety and a queasy mixture of intrigue and disgust.

There’s a serial killer on the rampage – loosely based on the Zodiac Killer – who alternately murders people and demands money from the mayor, either as ransom or as payment not to kill again. In the film’s key section, the serial killer, Scorpio, has kidnapped a teenage girl who he threatens to kill unless the mayor’s office gives him $200,000. Harry is assigned to deliver the money, and his partner, Chico, trails him from a distance. The three men get in an altercation, in which Chico is badly wounded and Harry stabs Scorpio in the leg as he flees. Harry uses the leg injury to track Scorpio – he asks at the hospital for a man who meets that description and gets directed to Kezar Stadium, where he apparently rents a room – and he tortures him into revealing the whereabouts of the girl. He shoots him, and as he walks closer, Scorpio begs for mercy, for a lawyer, for his life. Harry steps on his injured leg as the camera cranes out and out and out until they’re tiny dots in the giant football field, nightmare jazz swelling on the soundtrack.

The girl is, of course, already dead. But the thing is that Harry knew that all along. The first thing he says when the mayor’s office gets the ransom note is that the girl’s already dead. It’s his number one argument against paying the ransom. Maybe he got so swept up that he somehow convinced himself that she was alive and he could save her, I guess. But the more likely explanation is that he just wanted to make the scumbag squirm. Harry likes violence. It’s one of the most prominent motifs in the film: the question of whether there’s any meaningful difference between Harry and Scorpio but the badge.

And Scorpio walks free, because evidence acquired via torture and illegal search is inadmissible. When this obvious fact is explained – which Harry, of course, also knew – Harry counters concern for Scorpio’s rights with concern for the girl’s: “What about her rights? She’s raped and left in a hole to die, who speaks for her?” I imagine this convinces a lot of the film’s audience because it’s the kind of argument with which tough-on-crime advocates convince people in real life all the time: that it is a denial of victims’ rights to respect the rights of criminals. But it makes me feel exactly the way that stuff does in real life: that it’s a totally phoney concern trying to dress up justification of the most heinous shit in acceptable clothing. Harry wasn’t trying to defend the girl’s rights; he knew she was dead. He asks who speaks for her, and the rebuke is swift: “The Distinct Attorney’s office, if you’d let us.”

In the film’s climax, Scorpio kidnaps a bus full of kids. Harry jumps on top of the bus from an overpass and forces Scorpio off, which I guess saves the kids, but Harry seems to not give even a nominal shit about that. He chases Scorpio through a quarry, where Scorpio grabs a kid to use as a human shield. Harry doesn’t hesitate. He shoots Scorpio in the shoulder, leaving the kid unscathed, and then gives his memorised cool-guy speech asking if he’s feeling lucky before he shoots him dead.

The film ends with Harry throwing his police badge in the water.