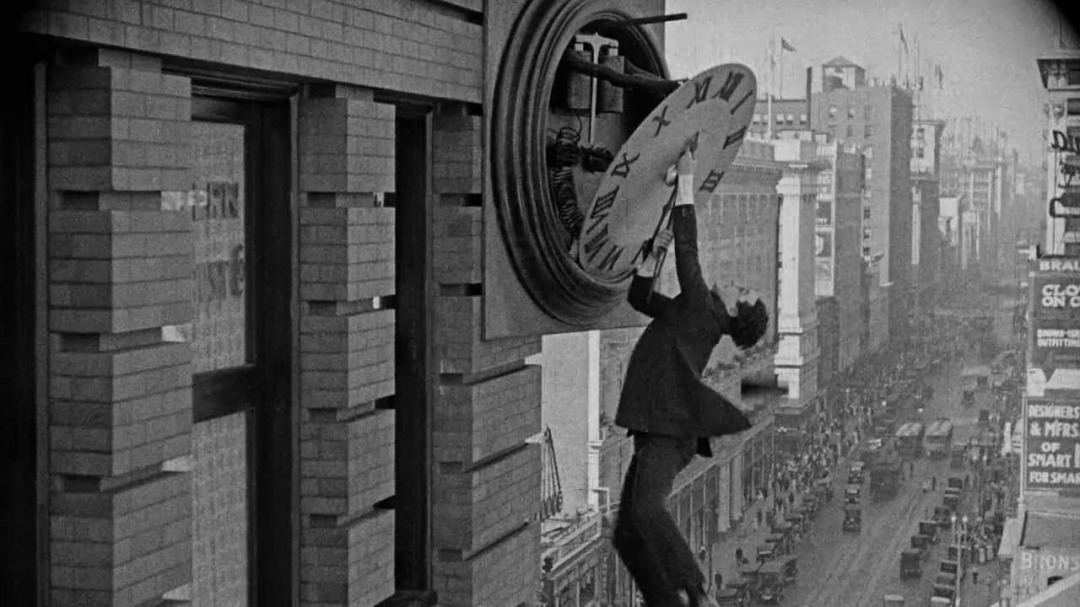 You Should Watch More Short Films

Tragically, since I last broached the subject, the world hasn’t responded to my plea to watch more short films. “Dining Room or There Is Nothing” hasn’t taken the Internet by storm, the commentariat has yet to return the great “Chaplin/Keaton/Lloyd” debate to its rightful place at the heart of public discourse, and no one in my life has bought a boxset of subtitled Jan Švankmajer films I can borrow. I have no one to talk to about that Scott Barley short, “Hinterlands”, and how I think it’s good, but I feel desensitised to it because the colour palette reminds me too much of elements of the YouTube found footage horror series Marble Hornets.

All I can do is try again. I’ve tried a more populist approach this time: we’ve got a war movie and some horror films, a lovely sentimental children’s film and a cute little rom-com, a couple of animated classics and one of Martin Scorsese’s least Jesus-y films. (In the interest of clarity: I like my Scorsese Jesus-y. I recognise that I’m in the minority on this.) And if this doesn’t work, I’ll just have to go hard experimental for the next round.

Here’s another ten short films – covering seventy-odd years – that you should watch.

John Huston was accused of being anti-war for making this docudrama about the Battle of San Pietro Infine while attached to the Army 143rd Infantry Regiment during World War II. Huston responded that if he ever made a pro-war film, he should be shot. The Battle of San Pietro is hardly a pacifist manifesto or a critique of the US war machine but it’s beautifully filmed by Huston and uncredited cinematographer Jules Buck. It uses this small battle in the Italian mountains to provide a morally meaningful scale to the war: how many men lost for each tiny step closer to victory, how many deaths per square foot of forward advance. It presents the battle not as a significant achievement, but just one of the endless engagements that make up a war and doesn’t shy away from using footage of the real bodies of the men – mostly poor and mostly conscripted – who died for the sake of a few miles.

The Red Balloon is the first and only short film to be nominated for – and win – the Oscar for Best Original Screenplay and it’s not hard to see why it broke out of the short film box. A little boy in France becomes friends with a sentient balloon that follows him wherever he goes. You can take the balloon as a metaphor for whatever you want (innocence, wonder, Christ, etc) or take it as just a magic balloon: either way, it’s a sweet, heart-warming movie that casts a loving gaze over the dingy grey streets of post-war Paris. It’s a very special, very lovely film.

Gag density may not be a particularly nuanced measure of great comedy, but it’s never steered me wrong. The Running Jumping & Standing Still Film, co-directed by Peter Sellers and Richard Lester, with script contributions from Spike Milligan and Mario Fabrizi, is eleven straight minutes of wall-to-wall bits, skits and slapstick, and they’re all great. Sometimes the gag-a-minute style can permit a little laziness, since if half the jokes are good, the audience can just laugh through the weak ones, but The Running Jumping & Standing Still Film milks every single idea for all its worth, layering each on top of the next and over the previous.

The Big Shave, one of Martin Scorsese’s student films, is lovely enough as a visual study of the ritual of shaving that I’d probably have included it if that’s all it was. But the turn it takes – which I will not give away here, even though I usually don’t care about spoilers – is so brilliant and well-executed it’s all I could think about for the rest of the day when I first saw it. Scorsese has been one of the world’s great artists dealing with the subject of masculinity for most of his career. This fantastic film, which could be a particularly beautiful ad for shaving cream until it very suddenly couldn’t, is, among other things, one of his earliest and most striking ruminations on American man in the shadow of Vietnam.

Bambi Meets Godzilla does exactly what it says on the tin and does it fast: the whole short runs less than two minutes but packs plenty of great gags in that limited span. Its self-indulgent opening titles and repetitive music are funnier than the big punchline, but that’s to its benefit. That punchline has been so influential and so referenced in later work that if Bambi Meets Godzilla rested more on it, it would have aged poorly. Instead, it’s still sharp and amusing. Decades before Neil Cicierega’s “The Ultimate Showdown of Ultimate Destiny” and Epic Rap Battles of History, animator Marv Newland set the bar for silly pop culture crossover jokes. It remains unsurpassed fifty years later.

The Big Snit is an odd animated Canadian film about a couple bickering, initially over a game of Scrabble and gradually over each other’s irritating personal habits, like the wife always taking off her eyes and shaking them. It’s very funny, weirdly dark and marvellously inventive. It includes, among other wonders, a television show about competitive sawing and forefronts visual humour in a way that’s endlessly charming, especially in an age where popular animated film is increasingly dominated by toothless children’s movies calculated entirely toward profit over passion. The voice work of leads Jay Brazeau and Ida Osler is great: their grumbling, mumbling and squawking, wailing (respectively) performances match the scribbly drawing style perfectly and help keep the tone light even as a darker context runs through the story. 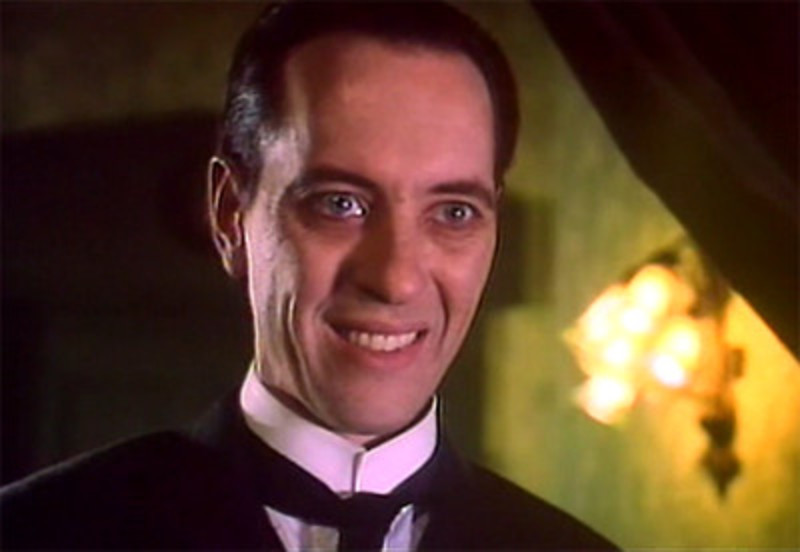 The first line of Kafka’s The Metamorphosis – translated in Peter Capaldi’s script as “As Gregor Samsa awoke one morning from troubled dreams, he found himself transformed in his bed into a gigantic insect.” – is the best opening line of any short story ever written. Franz Kafka’s It’s a Wonderful Life, written and directed by Capaldi, takes the evening of that line’s composition as the occasion for a bizarre Christmas film with a strong central gag (Kafka imagining Gregor Samsa as other gigantic things before settling on an insect) and great character-based humour from a cast of odd drop-ins (especially Ken Stott as a creepy knife salesman). The tone varies from comedy of manners to psychological thriller to moral drama, weaving it all into a (mostly) cohesive whole that leaves you laughing nervously in one scene and clutching your heart in the next. Richard E. Grant is extraordinary in the title role, portraying Kafka – in a characterisation more reminiscent of Edgar Allen Poe – as a repressed and tortured artist who could finish his work if only that infernal racket would cease! 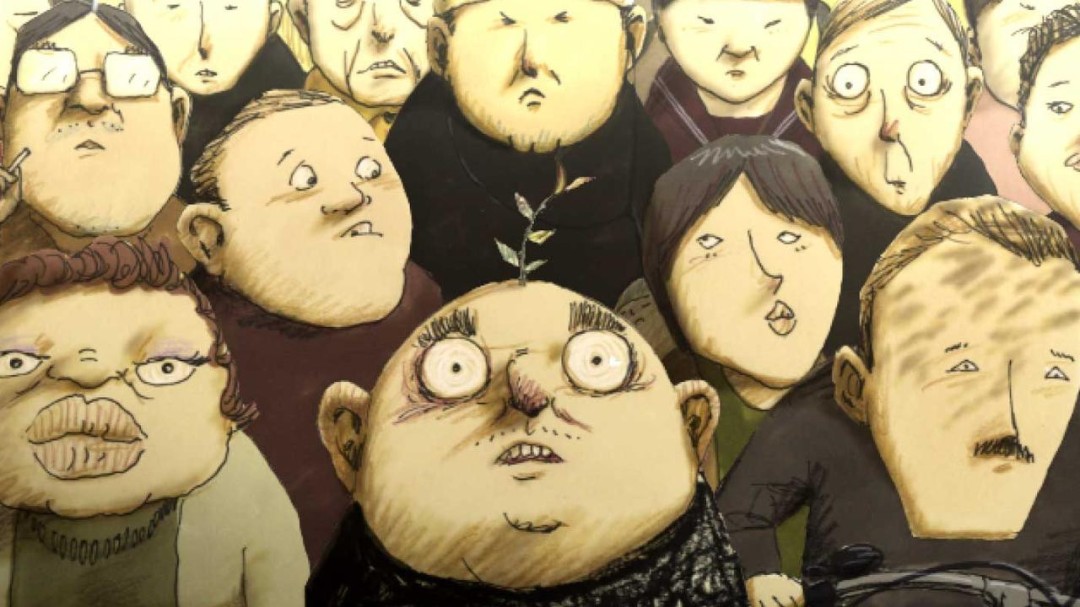 “There once lived a stingy man” announces the narrator and we’re off with this funny, strange, silly movie about, well, a stingy man who grows a tree on his head. I’m not 100% certain whether there’s a moral to this little fable that I’m missing or the very over-the-top presentation is the genius parody it seems to me, but it doesn’t really matter. Mt. Head is a gorgeous-looking film whose animation moves fluidly between the cartoonish and photorealistic, the sketched and the detailed, and its score is just top-notch. 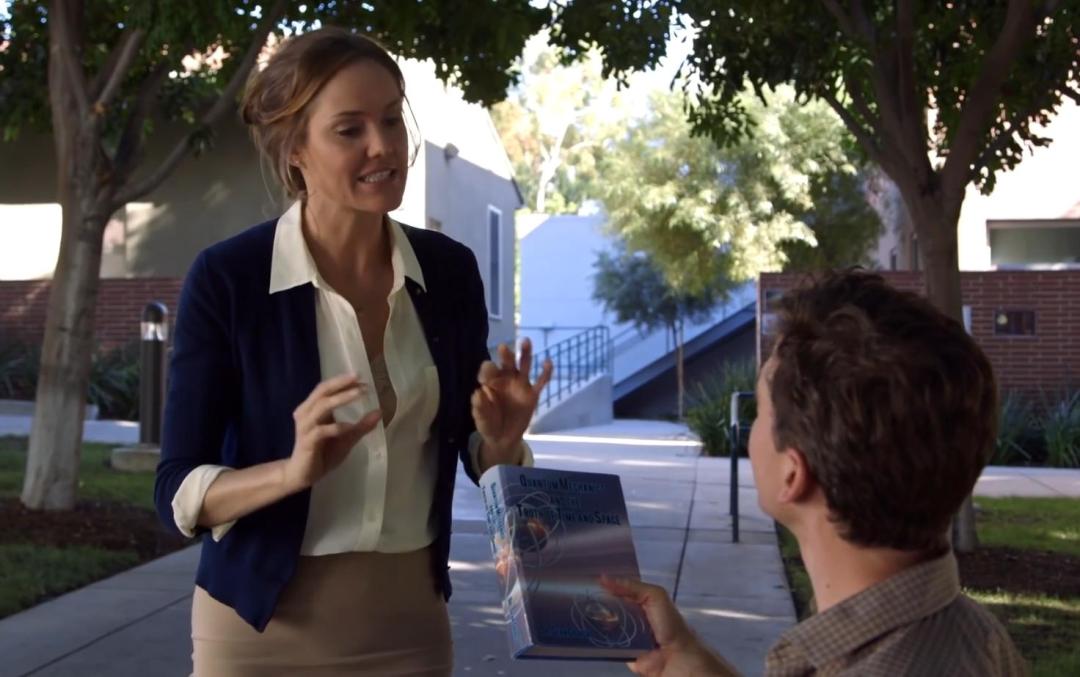 Humans have spent decades arguing about the morality of time travel, even though no one’s ever come close to doing it. Fiction has been a fertile ground for these questions, from Star Trek to Primer. I don’t think time travel movies have to be take the ethics of time travel seriously – I certainly don’t think Back to the Future is a lesser film just because it chooses to focus on character and hijinks – but I’ve noticed a tendency with time travel romances to stumble and faceplant right into rape territory. When (usually) just one of the leads can use time travel to learn things that can help them manipulate their love interest into loving them or get infinite redos on every failed flirtation, it at least raises questions about consent. One-Minute Time Machine is very refreshing in its interest in and willingness to play with the ethics of time travel while staying way out of rape territory. It’s a cute, clever film and Erinn Hayes is wonderful as the female lead. 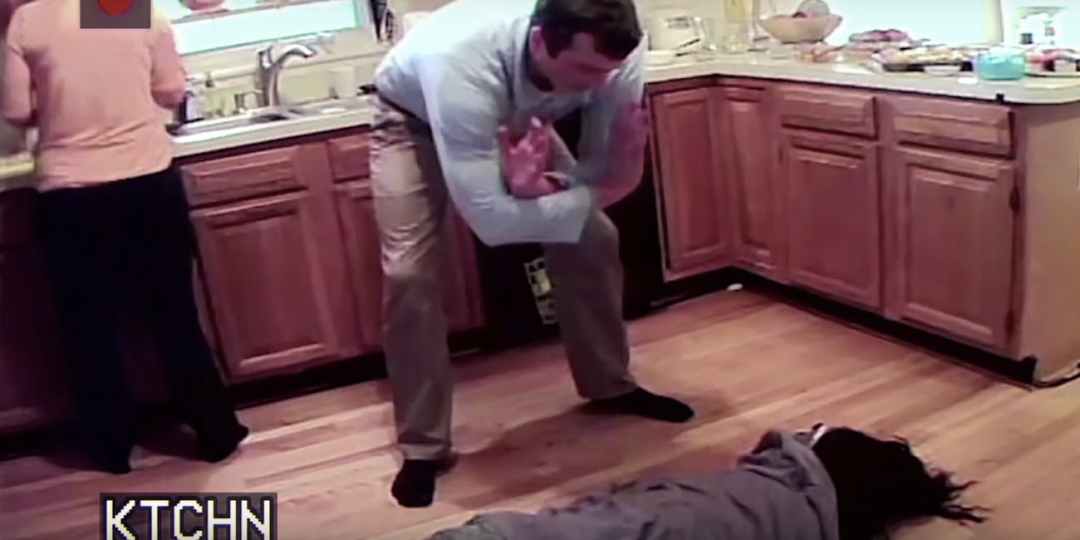 Alan Resnick is ostensibly a comedian and most of his work for Adult Swim is obviously absurd and comedic, even as he’s adopted a more and more surreal and unsettling style over the course of his career. This House Has People in It is hardly unfunny (at least to me), but it’s the first of Resnick’s short films to cross the line into pure surrealist horror. It wasn’t a baby step. Presented as found footage from surveillance cameras of unknown purpose in a suburban home, it’s one of the most anxiety-inducing things I’ve ever watched, full of foreboding questions with no answers, provoking a constant unease by prodding your imagination down dark avenues with the suggestion of sinister forces just off-screen.