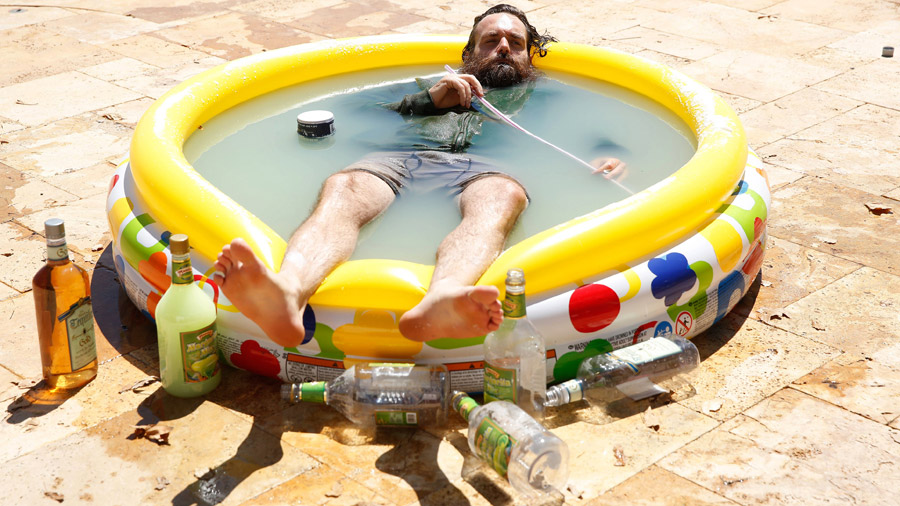 The Last Show on Earth

Popular criticism of television is, in many ways, a nascent art form still struggling to grasp a young medium just as it goes through drastic and convlusive changes. Possibly because it has its roots in journalistic practice, it has suffered from one specific and troublesome tendency that is hardly unique to any form of criticism, but seems especially problematic for criticism of a serial art form like television that is typically reviewed episode-by-episode, namely a rush by critics to plant a flag on TV shows as quickly as possible, as if they’re afraid of being scooped on making the definitive statement on what a show is.

The result is often to treat a serial art form like a discrete one, as critics vivisect a series before it’s even finished a season, let alone reached completion, projecting a vision of their expectations in place of the episodes left to air. To a certain extent, it’s impossible to avoid doing this on some level as a critic, if only because of the critic’s familiarity with the conventions of the medium in general and specific genres, but too often it seems that little care is given to reining in these instincts where they can be, at best, unhelpful and, at worst, destructive to good analysis.

Specifically, the problem arises when the critic rushes to say what a show is rather than describe what a show does, or at least seems to be doing so far, based on the incomplete picture they’ve experienced. This is hardly to say that critics should play an indefinite game of wait-and-see with bad television shows on the off-chance they’ll turn around, but rather that the rush to define a series while it’s still revealing itself undermines critical analysis when the show is essentially placed in competition with expectations that are often only partially justified on the part of the critic, especially with shows that take the risk of doing a lot of complicated things at once and resist simple reduction to just one of their facets.

Now, I don’t say this as some grand defense of Westworld from its critics, especially because I think it revealed itself as a fairly awful show for broadly the same reasons that Alan Sepinwall identified. I say it because it elucidates for me the problems that come when shows are pinned with definitions before they’ve finished unfurling. I said earlier that Westworld is all the things that people have said it is, but it’s not all those things all the time, and when it is doing multiple things at once, to focus primarily on what it is as the metric of its success is almost necessarily to blind ourselves to the extent to which it is any of the things that it is at any given time. In the scenes and even moments when Westworld is primarily being a slavery allegory, for example, it’s inherently reductive to view scenes of violence through the “metacommentary” interpretation. But given the show is probably also being a philosophical science-fiction drama, as well as a slavery allegory, during almost any scene with Maeve later in the season, it will be equally reductive to judge those scenes on how well they function as just a slavery allegory, and, indeed, I’ve seen reductive takes on its portrayal of violence both from the largely disapproving “metacommentary” tendency and the typically more approving “slavery allegory” tendency.

At that point, the rush to label shows too early has undermined critical analysis, when it need not have. Sometimes it’s not just useful, but necessary, to have a tentative idea of what a show is, if only to orient how we approach them. For example, it’s easy to see that critical engagement with Preacher would be troubled if it wasn’t approached as a work of grindhouse. But when definitions don’t function as start points, but as end points, and especially when they zero in on just one aspect of multifaceted works, the inevitable result is that many critics have, in a way, only half-watched shows, with one eye on the show itself and another on a weakly-inferred idea of the show. In our haste to be the first to say what a show is, we haven’t paid enough attention to what shows are doing moment-to-moment, scene-to-scene, episode-to-episode. We have not seen what was happening in front of our eyes in all its ways and means and layers. We have, in effect, deprived shows of the good faith that underpins any worthwhile criticism of them. And while it’s usually just a little annoying when we spend too much time guessing at what will happen next in a plot or character arc, it’s downright destructive when we try to beat shows to their own artistic punch.

All of which brings me, finally, to The Last Man on Earth, a show that has been largely free from this trap precisely because so many critics wrote it off in its first season and haven’t done much to engage with it since. Just a quick glance at the critical reception section of its Wikipedia page shows that many critics questioned how sustainable it was right after the pilot, and those that didn’t give it a chance, or who dropped it during the first season because it wasn’t what they expected it to be, have missed out on one of the most stunningly innovative, challenging and brilliant shows of our time.

The Last Man on Earth has consistently grown and innovated over all three seasons, despite the critical drought that surrounds it, on the strength of what it does, weaving a huge variety of elements that would be dissonant in lesser hands into a complex tapestry that is too fluid and reckless to be called unified, but is nonetheless totally formally coherent and more strange and compelling than almost anything else on television right now. The show’s humour is bizarre and often juvenile, but never stupid, a contemporary iteration of the grand tradition of slapstick man-children that reaches back on the screen to Chaplin and the Marx Brothers, a field of comedy that series creator, writer and star Will Forte shares with his former Saturday Night Live colleagues and collaborators The Lonely Island. His unique style of comedy, only enhanced by the participation of one of the finest casts in comedy, is married imperceptibly with the show’s dramatic elements on the strength of its worldbuilding, its sharp visual aesthetic and especially its dense, difficult and powerful character work. The Last Man on Earth is certainly not going to be everyone’s cup of tea, especially in an age where most of our great TV comedies have small but passionate audiences anyway, but I can say with no hesitation that future histories of the medium will be baffled, as I so often am, by the lack of loud critical acclaim for a show that does such towering original comic work with essential human themes of grief, trauma, love, family, forgiveness, redemption and survival.

Even so, I’m starting to think The Last Man on Earth might have lucked out by flying under so many radars, because it’s a show that, more than any other show I’ve ever seen, is utterly resistant to any label more confining than “sitcom” – and even that box would bulge and break to hold not just everything The Last Man on Earth is, but all the weird and wonderful things it does. The Last Man on Earth is just too unique to submit to any totalising narrative of what it is in its heart. I had it in mind when I once remarked that all my favourite comedies on the air right now were shows about people struggling with trauma, but even that statement, which is so unimpeachably factually correct, would be a destructively reductive lens through which to watch it. It’s a show that wears many hats, in many styles and combinations, at different times and to different extents, rarely with consistency and never according to a structure or pattern that readily presents itself to even the discerning eye, but always, always, successfully.

Westworld is a terrible show, but it too attempted a more complex artistic shell game than many critics, maybe even most, seem willing to engage with, and the result is a show that was unfairly punished by critics when the red ball wasn’t where they thought it was going to be. I think that shell game was a catastrophic failure, but it was a failure on its own terms, not as measured against a reductive essentialised phantom of itself. The critical conversation suffers all the time because of this lack of attention to what’s actually happening before our eyes, a tendency that no one, least of all someone as gullible and easily-led as me, is immune from, and resisting that tendency in ourselves takes conscious long-term effort that we too often fail to put into our work. In that sense, The Last Man on Earth really is lucky. It may well be the last show on earth to be witnessed in all its spectacle by an audience that truly sees it.

I'm angry and left-wing and I love videos of little pigs. View all posts by Dean Buckley

One thought on “The Last Show on Earth”